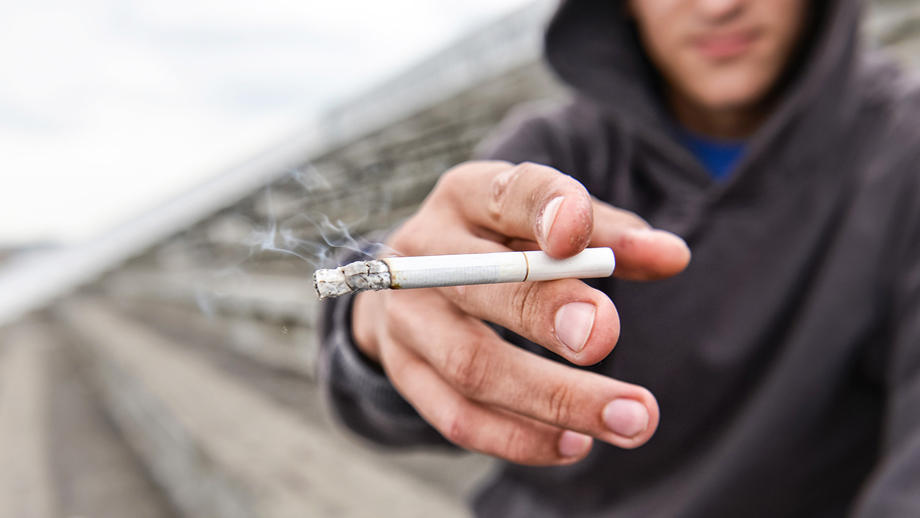 Why Is It So Hard to Quit Smoking?

We’ve all heard the familiar — but true — saying that quitting smoking can be just as hard as quitting something like a drug addiction. Even though it may be difficult initially, in the end, it’s worth it for the health benefits you gain. But are there any reasons quitting is rough besides the addictive nature of nicotine? Francis Joseph McClernon, PhD, a professor in the department of psychiatry and behavioral sciences at Duke University School of Medicine, conducted a study in 2009 that sheds some light on one particular reason: the brain’s response to smoking cues.

How a Smoker’s Brain Responds to Smoking Cues

The CDC has discovered that people who do try to stop smoking usually light back up because of withdrawal symptoms, and while McClernon doesn’t want to discount the effect of nicotine’s addictive properties, he believes smoking is more than merely an addiction to the substance.

In fact, according to McClernon, the act of quitting smoking only makes the habit that much more attractive to our subconscious: "Quitting smoking dramatically increases brain activity in response to seeing the smoking cues."

McClernon and his team at Duke University studied the brain patterns of people trying to quit smoking by showing test participants smoking-related imagery while conducting a brain scan. Scans were taken the day before subjects decided to quit and each day thereafter. The results showed that smokers who were trying to quit were much more reactive to the smoking images after quitting than before. McClernon believes that this shows “that quitting smoking is actually sensitizing the brain to these smoking cues."

What does this mean for you? Your desire to smoke after you’ve made a conscious decision to quit may in fact be more habitual and reactionary than you realize. McClernon linked it with simple tasks we all do without even thinking: “Like riding a bike or brushing our teeth—when smokers encounter [smoking] cues after quitting, it activates the area of the brain responsible for automatic responses. That means quitting smoking may not be a matter of conscious control. So, if we're really going to help people quit, this emphasizes the need to do more than tell people to resist temptation. We also have to help them break that habitual response."

Working to Break the Habitual Response

While it may not be possible to avoid all visual cues of smoking — it’s not like you can close your eyes when you walk down the street or avoid every film or TV show that has characters who smoke — surrounding yourself with support is a great way to keep yourself strong during your journey to a smoke-free life. In addition to finding a support group, a therapist, or even a few friends who will keep you accountable, using a smoking cessation product can help calm your cravings and make the quitting process easier. If you’re looking for one of the easiest to use smoking cessation products out there, the NicoDerm CQ Patch provides up to 24 hours of craving relief, and when used along with a custom support plan, can increase your chances of success1

Quitting can be hard. Here’s how to make it easier.

If you’ve started having a few of these thoughts, then you’re ready to give up cigarettes for good.
Thinking about giving up smoking can be a nerve-racking, and that’s totally normal. Here’s how to learn to be OK with it.
This DIY kit can help you curb your cravings