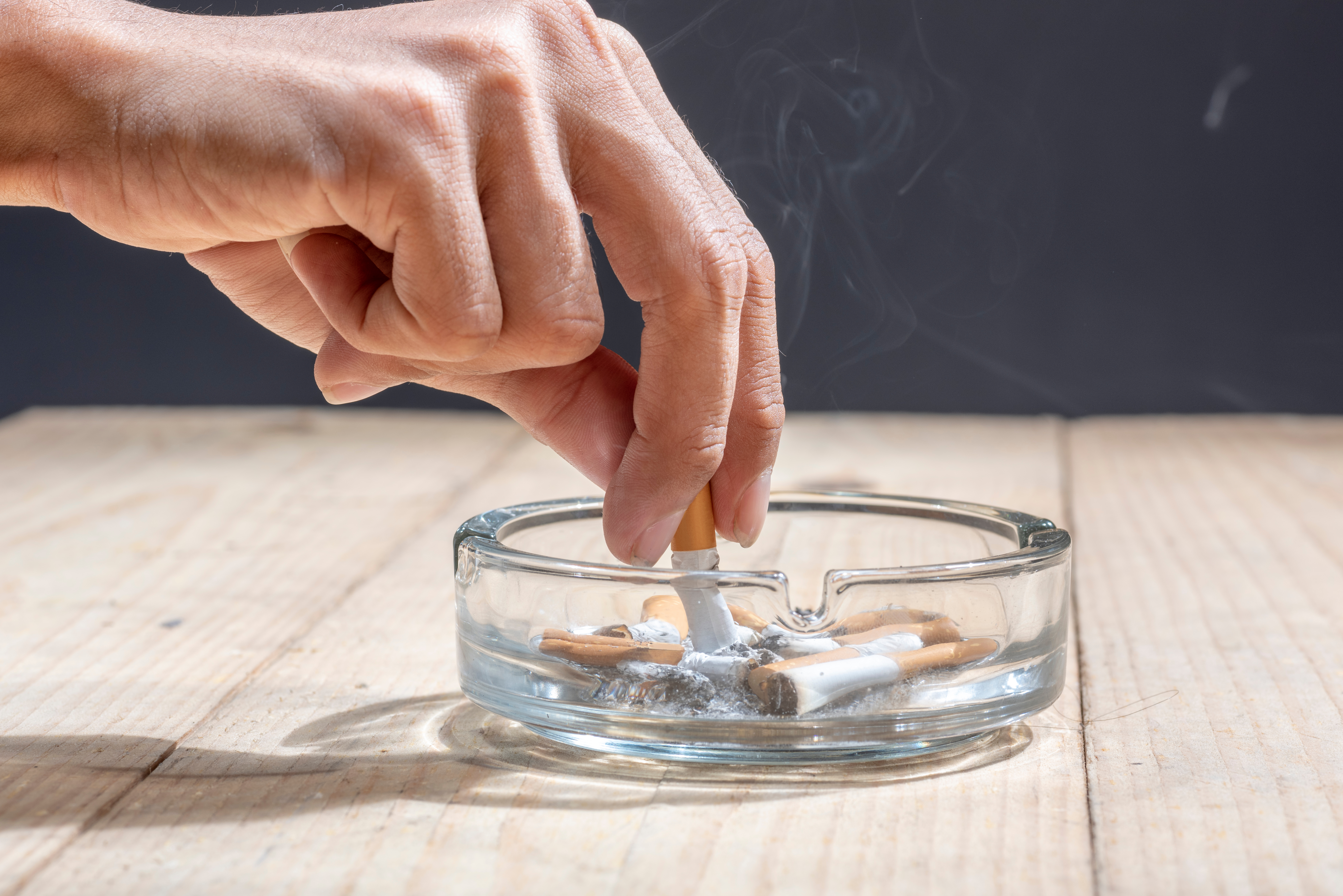 How Long Does Nicotine Stay in Your System?

Nicotine is the chemical in cigarettes that keeps you coming back for more. When you smoke, nicotine reaches your small airways and alveoli of the lung, where it’s absorbed and enters your blood stream. It reaches your brain in a matter of about 10 to 20 seconds.1 There, it releases neurotransmitters from your brain, including dopamine—a “feel good” compound that can boost your mood and provide feelings of pleasure.2 When you decide to quit smoking, your body has to adjust to a life without nicotine. You’ll likely feel nicotine cravings and may experience symptoms of withdrawal. But when you put your final cigarette down, how long does the nicotine actually stay in your system? Read on to find out.

Nicotine in Your Body

As you puff a cigarette and after you put it down, the nicotine lingers in your body as enzymes work to break it down. Because it enters your bloodstream, nicotine is distributed to organs throughout your body, including your liver, kidneys, spleen, lungs, skeletal muscles and brain tissue. Nicotine can also be found in saliva, gastric juices and even breast milk.1

In your liver, the majority of the nicotine (about 70% to 80%) is metabolized to cotinine, another chemical compound.2 Nicotine also breaks down into other metabolites/chemicals. Both compounds and their metabolites (the substances produced via the metabolism process) are eventually moved through your kidneys, where they are filtered out and exit the body via urine. However, how long this takes—and how long traces of nicotine and cotinine can be detected in the body—depends on how much and how often you smoke.

How Long Does Nicotine Stay in Your System

Because nicotine breaks down into other chemicals in the body, nicotine tests typically look to detect traces of those compounds, like cotinine, to determine if you have been exposed to nicotine. Nicotine exposure can happen through a number of channels beyond simply smoking a cigarette, including:3

Nicotine is typically only detectable in your bloodstream for a short amount of time (about one to three days), whereas its metabolites last in the body longer: up to ten days. In fact, after your final exposure to nicotine, about half of it is already broken down by the body within a matter of hours.4 Still, several factors impact exactly how long nicotine and cotinine can be detected in your system.

How long it takes your liver to metabolize nicotine depends on a number of individual characteristics, from genetics factors to your diet and what you ate that day. Other factors include, but are not limited to:1

How Long Can Nicotine or Tobacco Use Be Detected?

Urine, saliva, blood and hair can all be tested to detect nicotine and cotinine.4 Different testing methods can detect whether you’ve had long-term exposure to nicotine products, as well as how much. Cotinine can be found in blood plasma, saliva and urine. It can typically be detected in these three mediums for three to four days after stopping smoking. Because traceable levels of cotinine do not remain in the body for an extended amount of time, testing for cotinine is useful for measuring the amount of nicotine the body is exposed to, but not necessarily for how long.1

Tobacco, Nicotine and Your Health

It’s clear to see that smoking a cigarette is not just “breathe smoke in, breathe smoke out". When you smoke, your body absorbs a number of chemicals, including nicotine, and it has to work hard to clear those chemicals out.

While nicotine itself doesn’t stay in your body for long, the chemicals it breaks down to last in your system for days or weeks. The more you use tobacco and other nicotine products, traces of nicotine and its metabolites may be found in your organs long after you stop.